Please note that we add recent arrivals once a week. Next update will probably be on Tuesday morninng,  4th of O.  We are also looking for a student, preferably of early university years, who can help us in a  mornings (8-11am at first) with packing orders and other stuff.  More info

A major event: a new novel by the Whitbread Award winner, her first novel since Emotionally Weird, and probably her most commercial book yet.In Cambridge, Jackson Brodie, a private investigator and former police detective, is quietly contemplating life as a divorced father when he is flung into the midst of three resurrected old crimes: a child who mysteriously disappeared from a tent in her back garden; an unidentified man who marched into an office and slashed the throat of a young girl; and a young woman found sitting in her kitchen next to the body of her husband, an axe buried in his head.As he launches into his investigations, and becomes immersed in the demands of the victims’ families, Jackson has the sinister feeling that someone is following him. As he begins to unearth secrets that have remained buried in the past, he is assailed by his former wife’s plan to take his young daughter away to live in New Zealand. At the same time his stalker becomes increasingly malevolent and dangerous. In digging into the past Jackson seems to have unwittingly threatened his own future.This wonderfully crafted, intricately plotted novel is heartbreaking, uplifting, full of suspense and often very funny. It shows Kate Atkinson returning to the literary scene at the height of her powers. 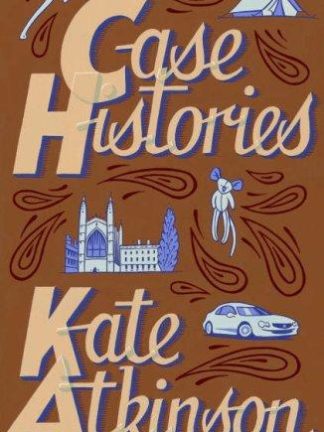