Description: Winner of the Pulitzer Prize, Toni Morrison’s Beloved is a spellbinding and dazzlingly innovative portrait of a woman haunted by the past.

Sethe was born a slave and escaped to Ohio, but eighteen years later she is still not free. She has borne the unthinkable and not gone mad, yet she is still held captive by memories of Sweet Home, the beautiful farm where so many hideous things happened. Meanwhile Sethe’s house has long been troubled by the angry, destructive ghost of her baby, who died nameless and whose tombstone is engraved with a single word: Beloved.

Sethe works at beating back the past, but it makes itself heard and felt incessantly in her memory and in the lives of those around her. When a mysterious teenage girl arrives, calling herself Beloved, Sethe’s terrible secret explodes into the present.

Combining the visionary power of legend with the unassailable truth of history, Morrison’s unforgettable novel is one of the great and enduring works of American literature. ) 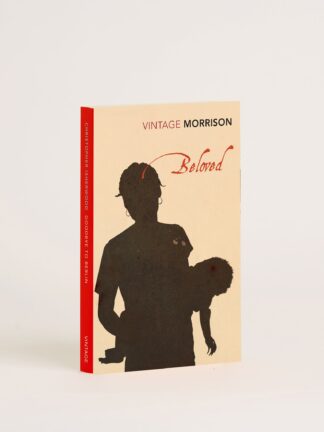